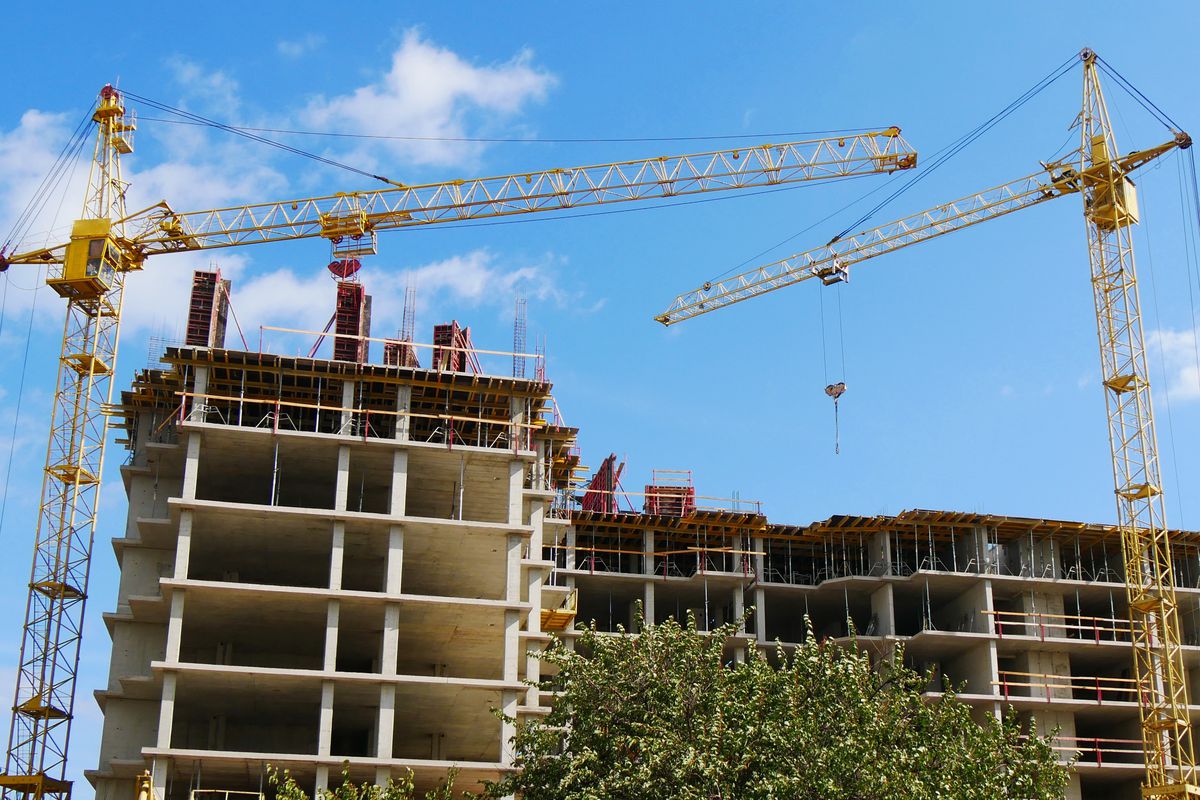 A bevy of negative news this week has once again stoked fear that an economic downturn is imminent.

Yesterday, the Dow Jones Industrial Average had its worst day of the year with an 800-point dive. Then, news broke that the bond yield curve has inverted, a sign that the market believes investing in the short-term is more risky than investing in the long-term, which economists have identified as a consistent signifier of a future recession. With trade war tension already a front page story, is the market headed for a recession, and if so, how will that impact real estate markets?

There’s been a widespread feeling that the decade-long economic expansion has been due for a correction, and homebuyers have felt nervous about the future. A Realtor.com survey released last month found consumer confidence fell 4.4 percent over the past year, which the author felt could reflect consumer concerns over a potential recession or future economic growth.

But, as Curbed’s Jeff Andrews found earlier this year, recessions don’t always impact housing with the same force as the job market or other sectors of the economy. According to ATTOM Data Solutions, a leading real estate data provider, only twice in the last five recessions—in 1990 and 2008—did home prices come down. In 1990, prices decreased by less than a percent. During the other three, prices actually went up.

Javier Vivas, director of economic research at Realtor.com, says that the inverted yield curve is often a red flag for economic trouble, and that right now, it definitely signals a loss of economic momentum. But he doesn’t believe the housing market is in nearly as much trouble as it was during the last recession.

“The short term impact to housing is less likely to be as reactive,” he says. “The impact of the last recession is fresh in our minds and can have a play in home buyer psychology. But barring weak fundamentals, housing tends to perform fairly well during recessions. Over-construction is largely what got us into trouble last recession, and we’ve experienced just the opposite since then.”

Vivas says lower mortgage rates are giving a “second wind” to homebuyers this summer. He still expects the continued lack of inventory in major markets, not the stock market, to be the real force holding back home sales.

A market with low supply and high demand

Right now, a recession would need to make a significant dent in either housing supply or demand to move prices. That’s difficult to do at a time of unusually low unemployment, as well as undersupply in so many housing markets, especially pricey coastal metros.

Just last month, Realtor.com predicted the resurgence of national inventory declines, which in just a few months would lead buyers to see a drop in the number of homes for sale that could “lead to the return of bidding wars, stronger price appreciation, and quicker home sales.”

How a recession could impact the housing market

10 years after the financial crisis, is the housing market still at risk?

The housing market is in flux heading into prime buying season

According the National Association of Realtors Chief Economist, Lawrence Yun, the Federal Reserve will be forced to cut interest rates from what he calls “a policy mistake of trade war rhetoric.” Slowing global trade has cascading effects: Businesses, which are financially healthy, are unwilling to spend on expansion, and investors are unhappy at the prospect of slowing global commerce, hence a stock market selloff. When imports and exports fall, Yun says, America goes into a recession with job cuts. But he does see some potential benefits for the housing sector.

“Low interest rates are unlikely to lift business investment in such a cloudy environment,” he says. “But the housing sector though could get a boost from favorable mortgage rates.”

Yun believes that there’s still time to get the economy back on track, with solid GDP expansion and job creation.

“Make it clear the federal government will allow businesses to pursue ways that is most efficient and convenient, including foreign transactions,” he says. “Such conditions will boost economic outlook and get the bond yield curve away from inversion.”

What this means for the moving industry

World wide Moving Systems as been in business since 1973 and has stood the test of time through many economic cycles. We pride ourselves on giving a great service and always have open ears to our customers to continue to make engage in better service and procedures that will approve efficiency.

We have a great deal for DIY!

If you decided to do your move yourself and up for the challenge, please allow us to make it easier.  Take advantage of using our Space/Ships! Our … END_OF_DOCUMENT_TOKEN_TO_BE_REPLACED