Despite recessions and demographic shifts, few building types have boomed like self-storage lockers. In fact, they’ve proven to be one of the surest bets in real estate over the last half century, while malls, starter homes, and even luxury commercial space in big cities, once safe and steady investments, have struggled. Behind the combination locks and roll-up doors lies a $38 billion industry.

One in 11 Americans pays an average of $91.14 per month to use self-storage, finding a place for the material overflow of the American dream. According to SpareFoot, a company that tracks the self-storage industry, the United States boasts more than 50,000 facilities and roughly 2.311 billion square feet of rentable space. In other words, the volume of self-storage units in the country could fill the Hoover Dam with old clothing, skis, and keepsakes more than 26 times. (Patrick Sisson The curbed) 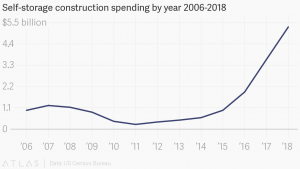 How does Maryland contribute to this?

In Maryland, residents most often move to the state for a job, but slightly more are leaving to take a job as well. That’s according to the 42nd annual “National Movers Study,” The study tracked its customers’ state-to-state migration patterns in 2018. The new hot markets in the southwest, Denver area and Northwest have become attractive areas for people to move from Maryland. In contrast, DC as seen an increasing large amount of millennial influx into DC and the surrounding Maryland area. With some moving into smaller apartments or sharing with room mates the need for storage has become increasingly needed.  Here are the findings for Maryland moves 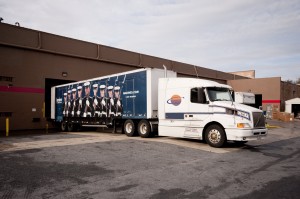 The study found more residents left New Jersey than any other state last year. More than 66 percent of movers in The Garden State headed elsewhere. That was a common thread in the Northeast, the study found, with Connecticut, New York and Massachusetts all in the top 10 outbound states. Several states in the Midwest also appeared near the top of the list.

Self-storage has seen 7.7 percent annual growth since 2012, according to analysts at IBISWorld, and now employs 144,000 nationwide.

The volume of self-storage units in the country could fill the Hoover Dam with old clothing, skis, and keepsakes more than 26 times.

The confluence of these trends has created a building spree. The last few years have seen record-setting investment in self-storage expansion, including $4 billion alone in 2017. This year alone, planned or existing warehouse expansion will add 40 million square feet, or about 800 facilities, to the market, according to Investing Daily